The seaside resort of Ueckermünde is the most north-eastern port city in Germany and looks back on over 750 years of history. The resort enjoys a tradition dating back to the year 1925, when citizens founded the »charitable bathing association». 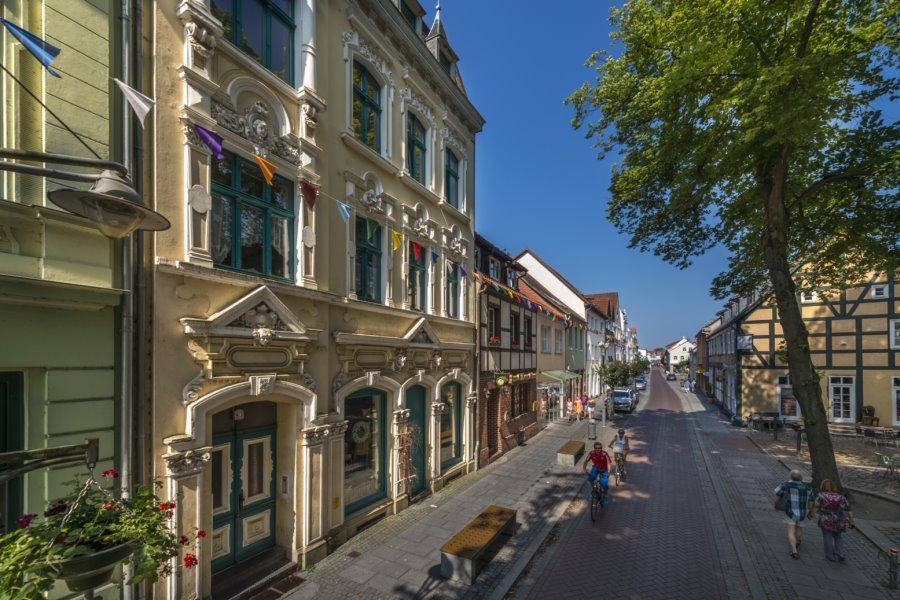 Strolling through the narrow streets, across the historic market square, or past numerous half-timbered and gabled buildings, you can still see and feel the history in many places. Particularly impressive are the baroque Marienkirche church and the former castle of the Pomeranian Dukes. Whether you stroll along the harbour promenade or the promenade in Haffbad, you're in for a unique experience. The white sand beaches make this certified seaside family-friendly resort an inviting place to swim or try out numerous water sports.

From swimming to biking, climbing to horse riding, hiking to canoe tours, boat or rafting trips to visiting the zoo or museum, old town charm to harbour flair – the medium-sized town of Ueckermünde has simply everything to delight young and old alike in every season.

By car:
Coming from the south take the motorway to Berlin, then the A11 towards Stettin and the A20 to the Pasewalk-Süd exit. Then the B 109 towards Anklam to the Ueckermünde turnoff.

By water:
Via the Peenestrom river or the Polish port of Swinoujscie.

Forest:
To the south of the city, the Ueckermünde Heath, the largest forest area in Vorpommern, stretches over 50 km to Police in Poland.

By air:
According to the climatic classification of the M-V coastal region, Ueckermünde is in the transition zone between the coastal climate of Usedom and the western Szczecin Lagoon and the climate of the Northeast lowlands of Mecklenburg-Vorpommern.

Acute care hospital in the town + –

Camping and caravanning in the town + –